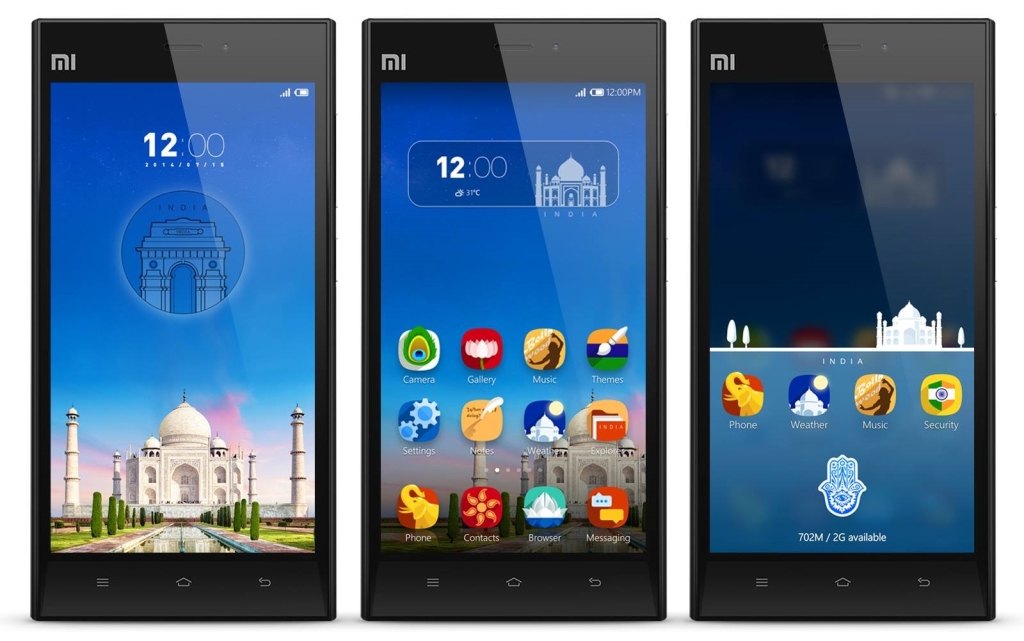 Ahead of the July 15 launch of Mi 3 (and possibly other devices) in the Indian market, Xiaomi has released the India theme in MIUI Theme Store. The theme is now available for the users of MIUI devices worldwide and marks the official entry of Xiaomi in the country.

The theme highlights various Indian landmarks in wallpapers as well as uses the national and cultural symbols in the icons.

To remind you, Xiaomi is hosting a press event in New Delhi tomorrow i.e. July 15 to detail the India entry of the company. The event will be attended by Xiaomi co-founder Bin Lin, Xiaomi Global VP Hugo Barra and India head Manu Kumar Jain.

The first Xiaomi smartphone to on sale in India is already confirmed to be Mi 3, which has been priced at INR 14,999 in the country. It (along with other Xiaomi smartphones) will most likely be exclusively available via e-retailer Flipkart.

As always, we will be bringing you all the details tomorrow. Till then check out a video promo of Mi 3 and some screenshots from India theme.