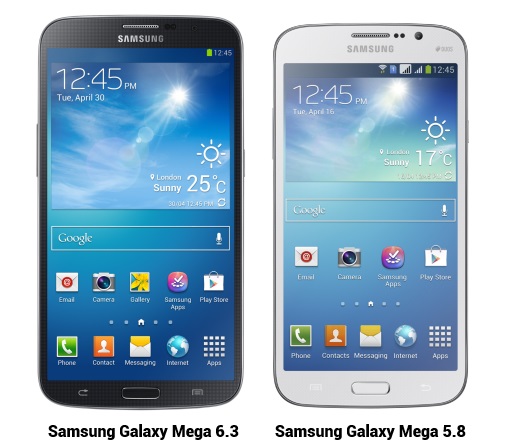 Joining the likes of Huawei, Samsung today announced two new Android smartphones that feature massive display-sizes. Aptly named by the company as Galaxy Mega, the phones will be released in both 5.8 and 6.3-inch displays.

According to a press release issued by the company, Samsung Galaxy Mega 5.8 and Galaxy Mega 6.3 will be available beginning next month in Europe and Russia. There is no word on the Asian availability right now; however we won’t be surprised to see them land in the continent given the popularity of phablets in the Asian markets.

“We are aware of a great potential in the bigger screen for extensive viewing multimedia, web browsing, and more. We are excited to provide another choice to meet our consumers’ varying lifestyles, all while maintaining the high-quality features of the award-winning GALAXY series,” said JK Shin, CEO and Head of IT & Mobile Business, Samsung Electronics.

Along with some decent specifications, Samsung has also included software customisations like Group Play, Samsung WatchOn and S Translator, which were recently introduced in the company’s flagship Galaxy S 4 model.

Talking about each smartphone, Samsung Galaxy Mega 5.8 is powered by a 1.4GHz dual-core processor. It runs on Android 4.2 – the latest Android version.  Among other features, the phone packs 8MP rear camera along with a 1.9MP front-facing shooter. The 5.8-inch display on-board the phone comes with qHD resolution (960x540p).

On the other hand, Samsung Galaxy Mega 6.3’s display has HD resolution probably 720p. It is powered by 1.7GHz dual-core processor. Similar to Galaxy Mega 5.8, Mega 6.3 also runs on Android 4.2. It also packs 3,200 mAh battery. You can check out the full specifications of both phones below. 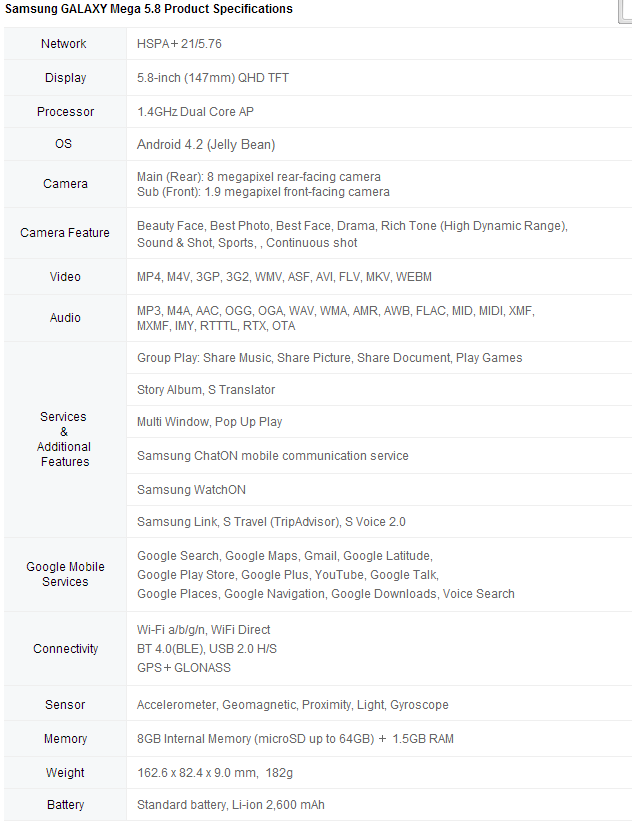