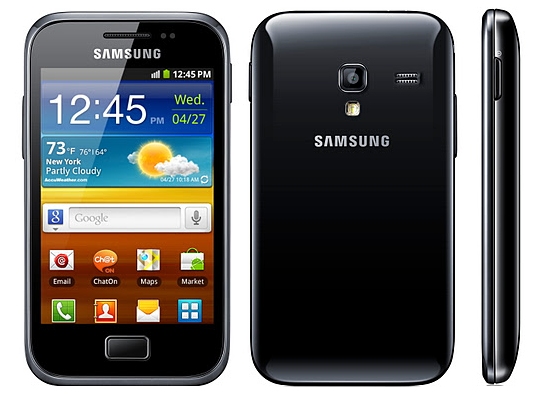 Hours after the press shot of Galaxy Ace Plus was leaked online, Samsung has officially announced the smartphone. This Ace successor will be available in the first quarter of this year in Europe, Asia, Latin America and Africa.

Other specifications of Galaxy Ace Plus:

Galaxy Ace Plus will also come pre-loaded with Social Hub, Music Hub and Chaton messenger. It will be initially launched this month in Russia, followed by Europe, CIS, Latin America, Southeast and Southwest Asia, the Middle East, Africa and China. Coming to pricing, it will be sold for a MSRP of 299 Euros ($388).

“Samsung Mobile is opening 2012 with the introduction of the Samsung GALAXY Ace Plus, which will help enhance the GALAXY brand following the huge success of the GALAXY S, GALAXY SII, GALAXY Ace and GALAXY mini. The GALAXY Ace Plus benefits from the Android™ Gingerbread platform and Samsung services, which provide a better mobile experience for more consumers.”